As described in my bio, I am currently and art history major. As such, I wanted to dedicate a corner of my blog to talk all things art! So each week I will write at least one blog post on various aspects of art and architecture—both what is happening in the contemporary while also appreciating and discussing the past. I decided to have my very first art post be a nod to the past, as we dive into a piece from the Renaissance.

So as many of you probably know, renaissance is a word meaning ‘rebirth’. The period of time known as the Renaissance (roughly the 14th-17th centuries) takes place in Europe after the extreme despair and poverty brought on by the plague (and various other factors, a very unstable period called the Middle Ages). The Renaissance was a period of growth, affluence, and the rebirth of life and wealth in Europe. In terms of art, rebirth can also be prescribed to the resurgence of ideas that were present in Ancient Rome and Greece.

Because the Renaissance was such an important period of time for art and artists, I thought I would begin my art blogging with a piece from the Renaissance. The Pastoral Concert is an oil painting attributed to Titian (although in the past it has also been attributed to Giorgione, Titian’s mentor). It was created in 1508 in Venice, Italy.

The painting depicts a group of people, two women and two men. The women are nude, and one fills a glass pitcher with water while the other sits facing the men, and playing an instrument. The men are in deep conversation with one another, not facing the women, and one also plays music. In this painting Titian uses a lot of muted greens and browns to create the landscape, and pays particular attention to the use of shadow to create the depth perception humans see in real life. The women’s bodies, the sheep, and the trees all cast shadows to show their dimension and to distinguish space. The muted colors that take up the majority of the painting also help the viewer to focus directly on the men, one of whom is wearing very bright red attire. The men differ in their clothing, which helps us infer who they are. The man in the red is most likely a wealthy man who perhaps lives in a city, while the man on the right, who wears more ordinary clothing most likely lives in the country. This is important for the message of the painting because in ordinary life, these men may not have normally conversed on such an intimate level, but through the use of music, they are brought together and share a common interest/hobby.

Because the women in the painting aren’t particularly being paid attention to, we can assume they stand as muses for the men. Instead of actually being present or animate, these women represent the idea of beauty and a source of inspiration for the men while playing their music. In art, especially in the Renaissance period, it isn’t unusual for women figures to represent some sort of idea, like beauty or inspiration.

I chose this piece because I really loved how it presents so many different ideals and techniques that were coming about in the Renaissance, while also being both very detailed yet simplistic. Even if one didn’t know anything about the painting or time period it was done in, it is still a painting that would catch someone’s eye and make them think about what was happening and what the artist was trying to convey.

Thank you guys for reading, and I’ll be back with some more cool art stuff very soon! (Below are some more works by Titian) 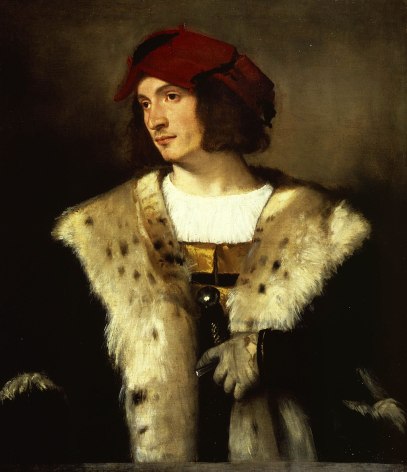 View all posts by karlienscorner

Hi guys, I’m Karlien! I love books, art, and spending time in nature. Welcome to my little corner of the interwebs :)

Quote of the Month: October

“My mission in life is not merely to survive, but to thrive; and to do so with some passion, some compassion, some humor, and some style.” -Maya Angelou

The Setup by Meghan Quinn

Women Who Run With Wolves by Clarissa Pinkola